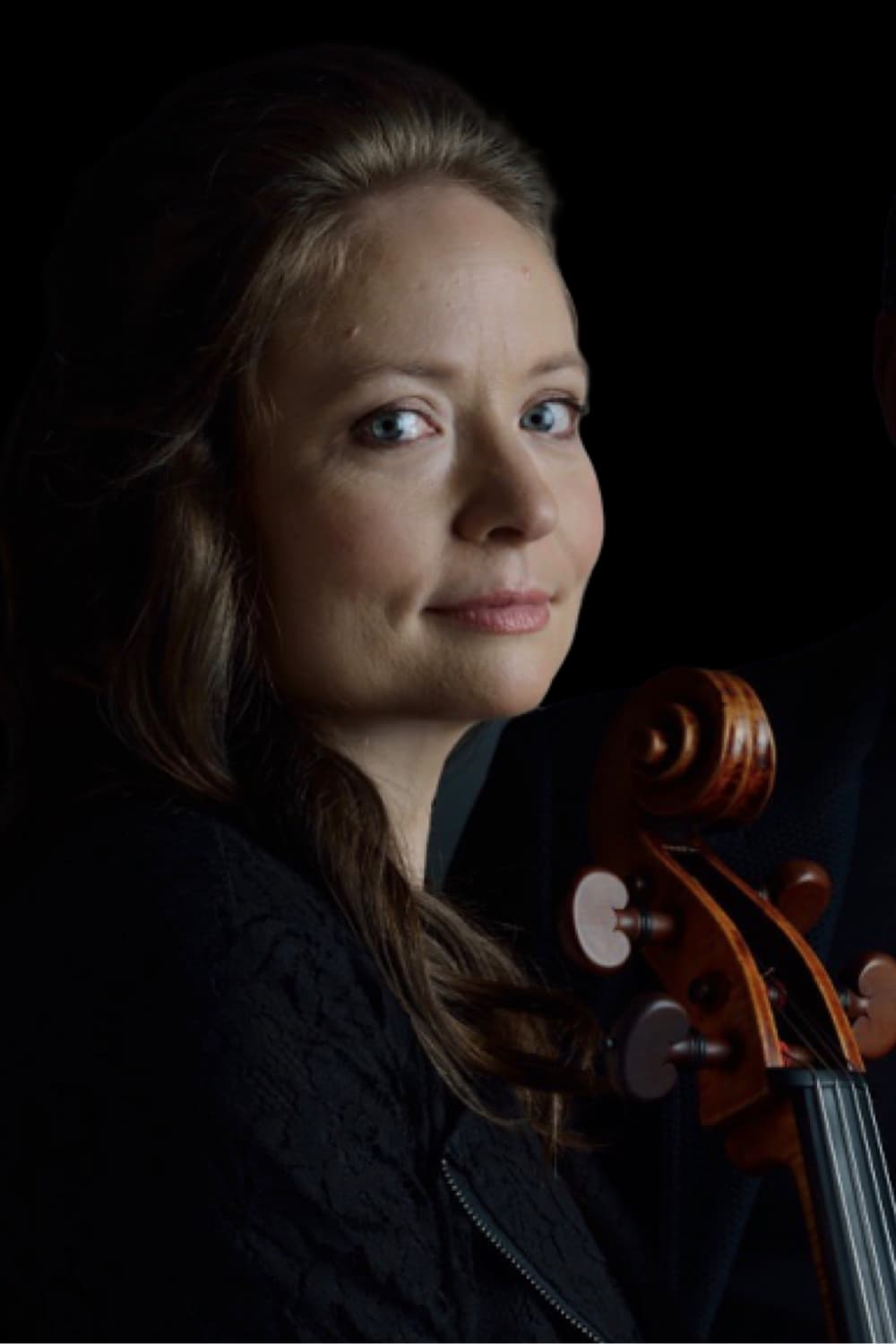 My first encounter with the future members of the Kheops ensemble dates back to the Juventus festival in 1994, and this ‘juvenile’ energy still guides me today. Playing with musicians at such a high level also means hard work, but I take immense personal pleasure in this work and it always puts me in a good mood! Our friendship and the geometry of our ensemble are the ideal combination.

A seasoned soloist and passionate chamber musician and pedagogue, Marie Hallynck is one of the most outstanding cellists of her generation.

She has performed in prestigious halls including the Amsterdam Concertgebouw, the Musikverein in Vienna, Wigmore Hall in London, Symphony Hall in Birmingham, the Théâtre de la Ville and the Cité de la Musique in Paris, the Palais des Beaux-Arts in Brussels, Philharmonie in Cologne, Carnegie Hall in New York and the Philharmonie in Berlin, to name but a few.

She has played as a soloist with orchestras across Europe, in Turkey, the USA and Korea, including with the St Petersburg and Rotterdam Philharmonic Orchestras, the Belgian National Orchestra, the Amsterdam Concertgebouw Orchestra and l’Orchestre National de Lille, and alongside pianists Cédric Tiberghien, Jean-Claude Vanden Eynden and Muhiddin Dürrüoglu.

In 2006 she formed the Kheops ensemble with Muhiddin Dürrüoğlu, clarinettist Ronald Van Spaendonck and harpist Sophie Hallynck. The ensemble brings together several musicians including Ning Kam, Tatiana Samouil, Lise Berthaud and Gaby Van Riet, and its discography spans from Beethoven to living composers, as can be heard on the album Fugitives (Cyprès, 2019), devoted to the works of the ensemble’s pianist-composer.

Marie Hallynck studied with Félicien Doyen, Reine Flachot, Edmond Baert, Janos Starker and Natalia Gutman. She has received numerous national and international honours including at the famous Eurovision Competition for classical music, the Tromp competition (Eindhoven), honorary diplomas from the Salzburg Mozarteum and the Accademia Musicale Chigiana di Siena and an award from la Fondation belge de la Vocation. She is also a Laureate of the Juventus foundation and the Emile Bernheim foundation.

In 2001, she was selected as a ‘Rising Star’ by the Association of European Concert halls and the following year, the Belgian Music press awarded her the ‘Soliste de l’Année’.

She has recorded extensively and her albums with Harmonia Mundi, Fuga libera, Cyprès, Alpha, Naxos, Ricercar and Musique en Wallonie have been received with critical acclaim. Her latest recording (Warner Classics) is devoted to the cello concerto by Dirk Brossé, which she performed with the London Symphony Orchestra, conducted by the composer.

As well as her concert career, Marie Hallynck has taught at the Conservatoire Royal de Bruxelles since the age of 19. She has been invited as a jury member at international competitions (ARD Munich, Queen Elisabeth Competition).

She plays a 1717 cello by Matteo Goffriller.