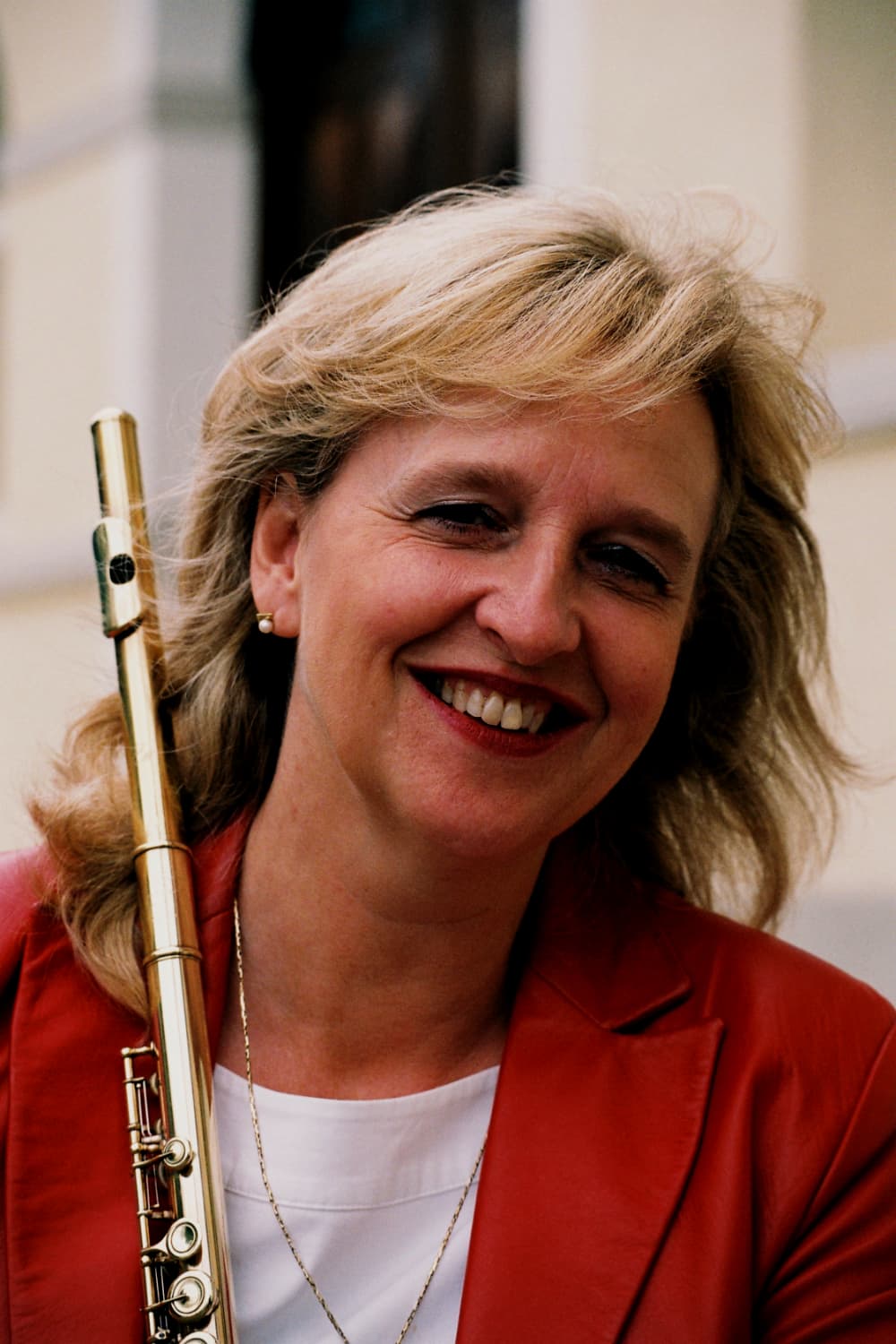 Playing with the marvellous musicians of the Kheops ensemble is a real challenge that gives me a great sense of satisfaction! It is a warm and convivial experience, and, musically speaking, it is gratifying to be so well understood. It’s an extraordinary feeling!

Gaby Pas-Van Riet was born in Essen (Belgium) and started playing the flute at the age of 8.
Her success in numerous music competitions enabled her to start her solo career at a very young age. She won several prizes in renowned music competitions such as the ARD Competition in Munich as well as in Aberdeen, Uelzen, Markneukirchen and Paris. Another great honour was the gold medal at the György Cziffra Competition and a concert with the Master himself afterwards.
She studied at the University of Music of Antwerp at the Royal Flemish Academy of Music.

With the help of a scholarship of the Belgian government, Gaby Pas-Van Riet became a Young Student at the University of Music in Cologne at the age of 14. There she studied with the principal flautist of the West German Radio Orchestra (WDR), Prof. Schwegler, and finished her solo diploma with distinction in 1979.

A scholarship from the Swiss government allowed her to continue her studies with Peter-Lukas Graf at the Music Conservatory in Basel. In 1982 she finished this diploma with distinction as well.

Gaby Pas-Van Riet is a guest at various renowned music festivals such as the Casals Festival, the Tibor Varga Festival, the Berliner Festwochen, the Salzburg Festival and the Festival of Flanders, and is also a member of the Bayreuth Festival Orchestra.

Her solo career spans Europe as well as the USA, Japan and the Middle East and encompasses the entire flute repertoire.
She has achieved great renown with world premieres of many modern works (e.g. H. Lachenmann), some of which are dedicated to her, and also with the rediscovery and performance of long-lost romantic flute concerti (Waelput, Benoit).

Numerous CD productions give witness to her ability: Works by Fauré, Jolivet, Cras and Tournier with the Linos Harp Quintet; by Poulenc, Milhaud and Piazzolla with the pianist Paul Gulda; compositions by Bach and Kuhlau with Peter-Lukas Graf (flute) and Bruno Canino (piano), recordings with the harpist Renei Yamahata or the CD "French Trios", with Gunter Teuffel (viola) and Xavier de Maistre (harp), to name but a few.