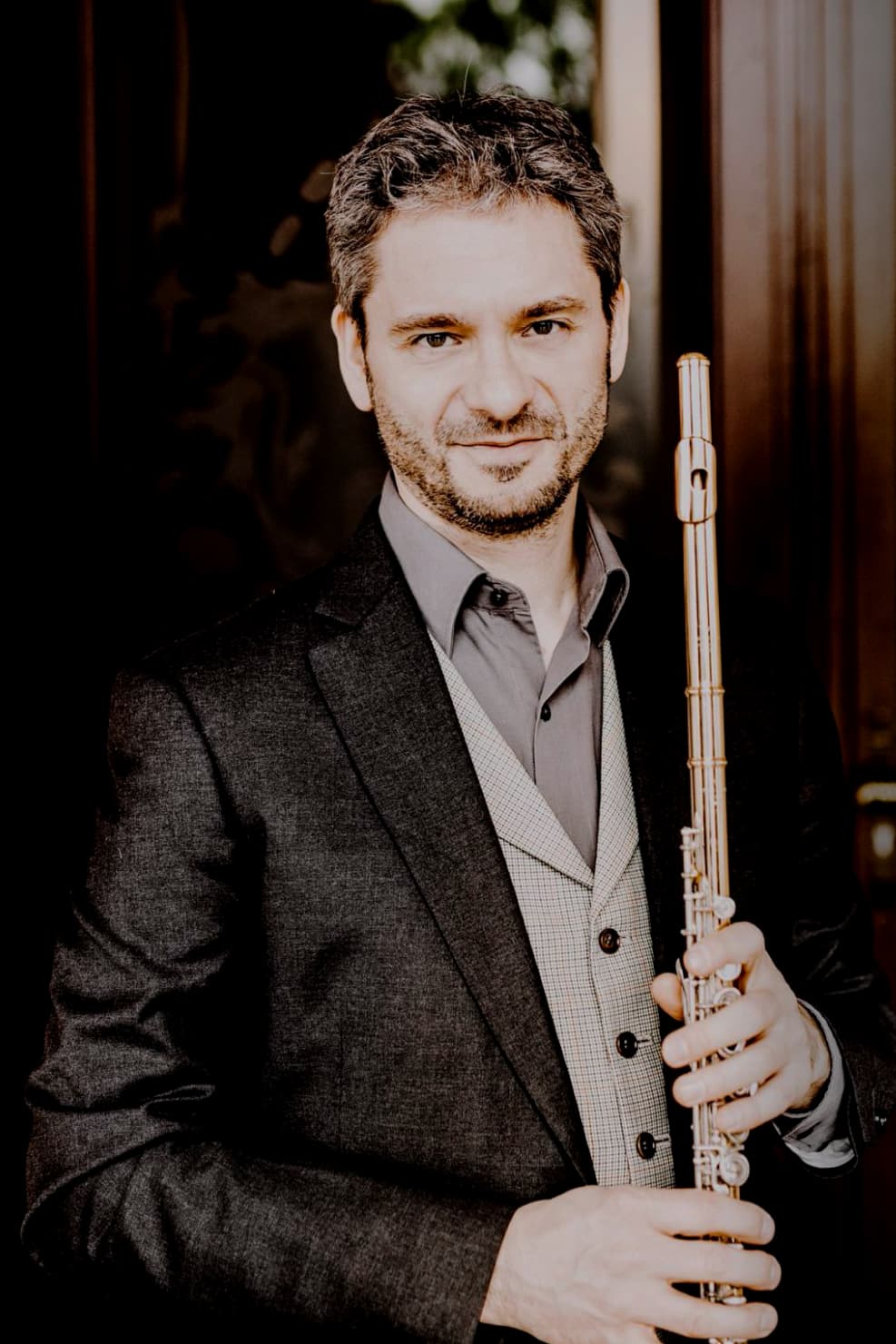 25 years of shared experiences, friendship, musical experiences and unforgettable moments. Thank you all!

He teaches flute at the Royal Conservatoire in Antwerp, at the Hogeschool der Kunsten Utrecht (NL) and gives master classes on 4 continents, in schools such as the Royal Academy of Music in London.

Aldo Baerten is former Professor of flute at the Sydney Conservatory, at the Münster Musikhochschule and Hannover Musikhochschule (Germany). As from October 2016 he will be teaching at the Hochschule für Musik und Theater Köln/Aachen.

During his studies at the Conservatoire Royal de Bruxelles, with Peter-Lukas Graf (Musikhochschule Basel), where he obtained the Diploma as a Soloist, with Philippe Boucly (München), and with Gaby Pas van Riet (Stuttgart), he was successful in competitions such as ‘Maria Canals’ (Barcelona 2001), Vienna (2004), Axion Classics, Quantz, and the National Instrument competition of Belgium.

He has recorded extensively on Cypres, Phaedra, ECM, Pentatone and PMP and Principal Chairs.

His recording of Schubert’s Introduction, Theme and Variations on Trockne Blumen (die schöne Müllerin) with pianist Martin Helmchen was nominated for the BBC Music Prize of Best chamber-music recording of the year 2010.